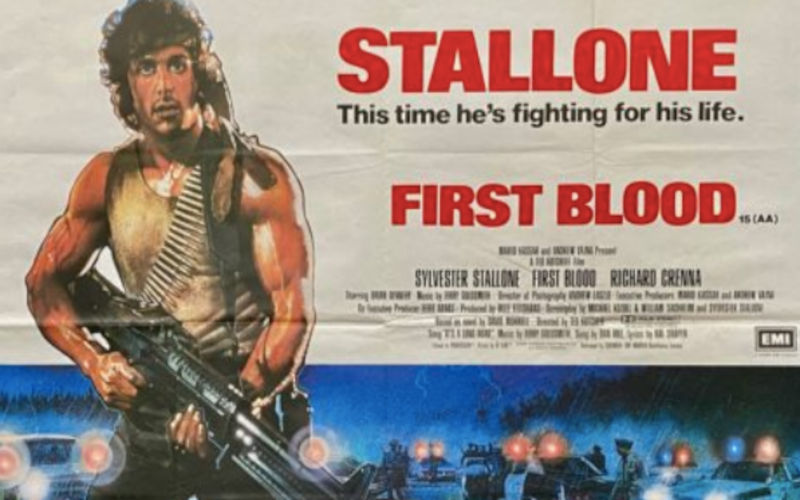 Thought I’d treat myself to a night in and watch some boy flicks, first up on the DVD player was the action classic Rambo. Couple of beers later and its time roll. Now, many of you might think that Rambo is just mindless violence created for an easy entertainment fix. I have to disagree, I think there’s a lot more to the sub plot of Rambo than many realise.

The importance of Rambo

I previously posted here on the importance of another of Sylvester Stallone’s Characters, Rocky. In a lot of ways Rambo is just as important to modern culture. In a world where the male archetype is fast loosing relevance Rocky was unashamedly male. Rambo kind of had the same thing going, but in a different way. John Rambo was prepared to die for his country. In war, it’s those who CAN that defend those that CANT. Rambo endured all kinds of hell for his country only to return and get shunned by those he tried to protect. *** I should point out I’m not American and I’m really not even sure why they went in the Vietnam at all (perhaps one of my American writers can explain this to me). But regardless those soldiers that were prepared to go in there for their country. And for they they did so with the best interests of their country and families pinned to their hearts.

If you don’t believe in it, don’t push it

Either way Rambo got treated like shit by citizens of the country he would have gladly laid his life down for. In regards to the officers that “cleaned him up” He bit back. Not many can. But some times this does happen. If you’re a bully, remember this, 9 times out of 10 you’ll most likely get away with shitty behaviour, its that 10th time its gonna come back on you and its gonna hurt. There was a clear point when Rambo absconded from the clink where the sherrif could have let this go and either admitted his mistake or called in the military to handle it. Instead of the powers that be admitting they made a mistake they kept pushing the issue. One by one, Rambo took care of these people. There were plenty of opportunities for those who wronged Rambo to back down. Again it was that old demon, pride. Why? For no other reason but to save face. They couldn’t admit they fucked up.

This movie is a valuable lesson in the fact that you can’t always keep pushing to make something that was wrong to begin with right. Just because you keep pushing doesn’t mean you are right. Rambo shows there is always someone who is prepared to take it to the next level. Sometimes in life there is no point pushing an issue you don’t really believe in.