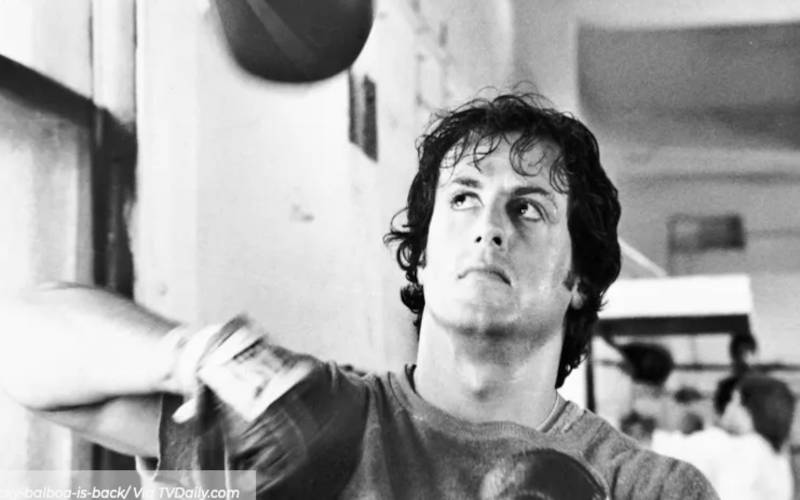 This is something I’ve been thinking about a lot recently. I’ve always felt the Rocky movie, and the series that followed it, is one of the most important cinematic movie moments of all time, especially for males. Why? We decided to look at the importance of Rocky.

The character Rocky is a down and out loser. He is basically failing at life and making a few dollars fighting underground fights and collecting money for the Italian Mafia on the side to make a living. The metaphor for what Rocky really is comes to life in the fact that Sylvester Stallone’s life was pretty much floundering in the same way. His life was going virtually nowhere, and he’d only starred in some minor roles and underground B grade movies. Until this. Both Rocky and Sylvester Stallone are living tributes to the fact that a man an come from nothing and become something if you put your mind to it.

Rocky is not the greatest fighter ever. In fact he’s one of the worst. He got where he got through sheer determination. Any time Rocky ever had a win it was only because he wanted it more than the guy he was up against. This also parallels well with Stallone’s life up until this point. Stallone was broke, couldn’t win a trick and got one shot at the title. This was it, one chance. Make or brake. Stallone put everything into this film. He wrote it, produced it to a major degree and in a particularly heart breaking moment even sold his dog to help fund it. If this film had not worked Stallone would have most likely been broken never to get up again for another round. Much like Rocky.

The movie itself is magnificently shot. Especially when one considers the slim budget it was shot on. It paid off huge for Stallone and for the character he portrayed, ROCKY.

Here’s a cool video of Sly talking about he making of ROCKY:

The Importance of Rocky


More importantly Rocky and Sylvester Stallone is a metaphor for all males. He shows that you can come from virtually nothing and become SOMETHING. Rocky is every male, he is You when you can’t get up but you HAVE TO GET UP AND FIGHT ANOTHER ROUND. Rocky shows that it’s never too late for a man to win. The idea of Rocky gives inspiration to men everywhere. It also launched the careers of may actors, Talia Shire, Carl Weathers and Burt Young in just the first episode and brought Mr T and Dolph Lundgren into the limelight in later films, in much the same way as it launched Stallone, he not only won, but he raised a lot of people up with him! The Ultimate success story!

HANIEL WEIGHS IN ON THE IMPORTANCE OF ROCKY

We’ve actaully had a contributer to this article weigh in so I thought I’d include his replies as part of the article:


“I think those of us who grew up with Rocky have a bit of Rocky in our blood. The film and character represents the working-class, average American male who overachieves, and, more importantly, gets the girl at the end. What is most overlooked about this film is that it is really a love story. A Lady and The Tramp sort of thing, where the dude from the wrong side of the tracks falls for the neighborhood nice but mousy girl. Adrian/Talia Shire makes this film and the series what it is. Her performances are the most powerful and gripping, especially in Rocky 4 where she yells at Rocky saying “You can’t win!”, and Rocky becomes the only one who believes he can.”

“ROCKY IS WHAT WE ALL SHOULD BE” ~ Haniel

Rocky is what we all should be. The way the world and society is now, people like Rocky are mere anecdotes in history. Barely relevant unless to be chastised for promoting “toxic masculinity” and a way of life from a bygone, shameful era, unfairly relegated to the pits of cultural obscurity. The 21st century needs Rocky more than ever. I am not sure if any of us really deserve him. Ehh, maybe Ray Tango instead

Something else that the film displays is the life of the blue collar guy living in Philadelphia. I grew up in NY, and NYC, Boston, and Philly all have a lot in common regarding culture, history, and overall life. This film is also one of the most beloved Italian films ever, right up there with Godfather and Goodfellas. ~ Haniel


For more great articles keep checking back on https://theantisocial.network on a regular basis!