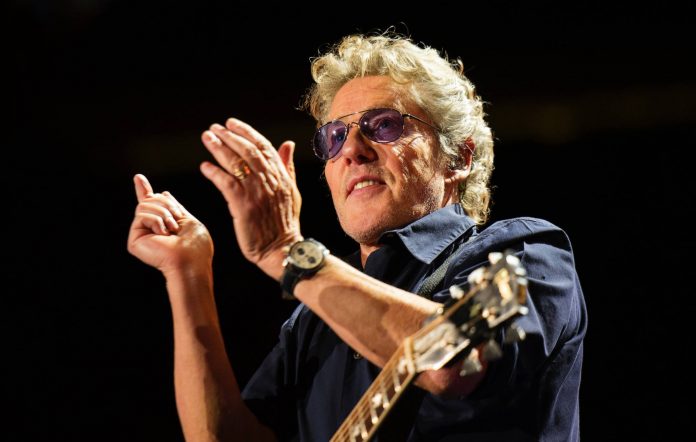 I’ll start this one off and tell you guys up front, I’m not that much into The Who. I reckon the bass player is awesome, but other than that I don’t really care. Anyway in the case of Mr. Roger Daltrey vs the Internet… And let’s face it, he’s a rock and roll survivor and all round legend, so if nothing else he deserves some level of respect for that alone, has made some quite inflammatory statements regarding the internet and the collapse of human civilisation. To a lot of people this seems like a dumb thing to say but I think I’m going to side with the big guy on this.

I’ve always felt the same. I’ll give you some back ground on this. I went to tech college in the mid / late 90s and studied programming, with the idea of becoming a web designer. I did that for a couple of years after this course. My job came to an end a couple of years later so I decided to buy a pub. (that was always my teenage dream). 4 blurry years later I closed the pub down (well I didn’t close it down the building fell apart) but either way, it was back to the work force for me. Only I couldn’t get a tech job. Why? What happened in the 4 short years I was out of the game?

Why Do We agree with Daltrey?

The biggest thing in my humble opinion was that My Space came in and became huge – this meant you didn’t need to spend a lot of money on a site you could just start a MySpace website for free. You could also get a far better reach than you could (assuming you had any internet skills) than by paying me to run your website for you. The Facebook saw this and took over social media. it buried both MySpace and any last hopes for independent web designers. Leaving me unable to get much meaningful work as a a webmaster. Facebook being the corporate tools that they are got too greedy and alienated the small folk, so I seem to be getting clients again simply because paying me is cheaper than wasting money on facebook ads that really don’t reach anyone anyway. Either way a Lot of web designers were now out of work from 2004 onwards.

What Industries has the internet ruined?

But what if you were trained as an architect? Or a graphic designer? Bad news buddy I can now pay an Indian guy $5 an hour to draw up anything I need. What If i need complex coding? Well then I can pay a polish person $6 an hour on labour hire sites to do that for me too. Think you’re cool because you’re a lawyer? (because all our laws / legislation are all online) people outside Australia can read our legislation, take the time and understand it and work with me for less than $20 an hour. What If I’m a delivery guy? Well companies like Uber and Deliveroo have gone and fucked that up for the average joe in this country too. Essentially no industry is safe because you can always find a cheaper way to do things online, and pay per gig, as opposed to paying a human you have to look at every day a wage and benefits. This gig economy takes away our our job stability and income stability. Roger Daltrey also makes some extremely valid points about what the internet has done to the income of musicians. In many ways is pretty much flattened the music industry.

Where does this end?

The list goes on, Craft, Textile manufacturing, tech, retail can now be sourced online much cheaper than a first world person can provide that service (Wish, Alibaba?). So where does it go from here? The internet has made us one world. That has some good points. It also means we can now be one world all working for 3rd word wages. It gets even worse as many of us in the first world will still have to pay first world mortgages, rent and debts whilst earning a pittance to compete with online predatory practices.

As Always I don’t presume to tell you what to think. I just want you to think. Think about this issue as it’s a lot bigger than Mr Daltrey or myself can accurately convey.

Here’s the link to Daltrey’s article in Tone Deaf magazine. Definitely worth a read.

Also be sure to keep checking back on https://theantisocial.network for more cool and thought provoking articles