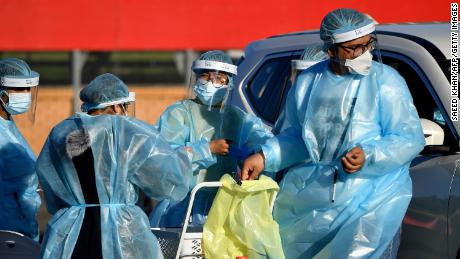 Ok we shut down the entire god damned country. People were locked in their houses. We destroyed businesses. The mental health of the nation in general suffered as a consequence. So was it all worth it? In the year 2020 Australia lost just short of 900 lives to covid. But it would appear we lost more than that to the flow on effects of the lock down.

SO WAS THE LOCKDOWN WORTH IT?

I’m going to give this one a resounding “NO”! You’re entitled to your opinion on this but I will put my case forward here.

I’ve been looking at the Australian Bureau of Statistics website. For those outside Australia this is an official government run and maintained website. Not some crackpot website designed to bait clicks and the like. This is the official government figures on how many people died and what age group they fell into for the year 2020. You can see by the stats, its basically a bunch of old people that died.

As you can see from the figures, most of these people were rather old. Many of them would have been close to death anyway. My understanding (again from Aust. gov websites) is that most of them were already residing in what we call “respite care”. Basically where you go when you are terminally ill.

One point I will consider is that without the lockdowns there’s now way of knowing how many others would have got infected.

Next thing I’m going to ask you to consider is this article that shows the leading cause of deaths in Australia that year. This country has always had a problem with alcoholism. We loose a lot of people of this. Alcoholism claimed another 8.3% on top of what it would have normally claimed this year. No official reason why, but, let’s face it the biggest thing that happened to many people that year was in fact the lockdown. It stands to reason too, you’ve had your lively hood taken away, this would put obvious pressure on relationships, mental health etc… It’s no wonder drinking related deaths increased. Here’s a LINK to that article so you can check it out for yourselves.

Its estimated Alcohol related deaths account for 5% of all deaths in Australia in any given year. Lets assume a death rate of 1% thats 25 million divided by 100 to give us 250,000 deaths. 5% of those are around 12,500. An 8% increase on this is around 1000 deaths. That already surpasses the Covid deaths in Australia for the same year.

Next thing we have to consider is the flow on effects of this lockdown. Mental health, Domestic Violence and Drug Usage. This is the stuff thats harder to quantify. But these will not be known for a while to come either.

The next point i’ll make is that most of these deaths were in Victoria (our southern most state). I’m not sure why they got hit harder than other states, but it’s what happened. Some people in Victoria spent 200+ days in lockdown, unable to work or sustain themselves financially. they have only just come out of lockdown to some degree now. I’d suggest the alcoholism and mental health toll would be far worse when we get the next batch of statistics.

Anyway, As always thanks for reading this. Be sure to keep checking back on https://theantisocial.network for more cool thought provoking articles!