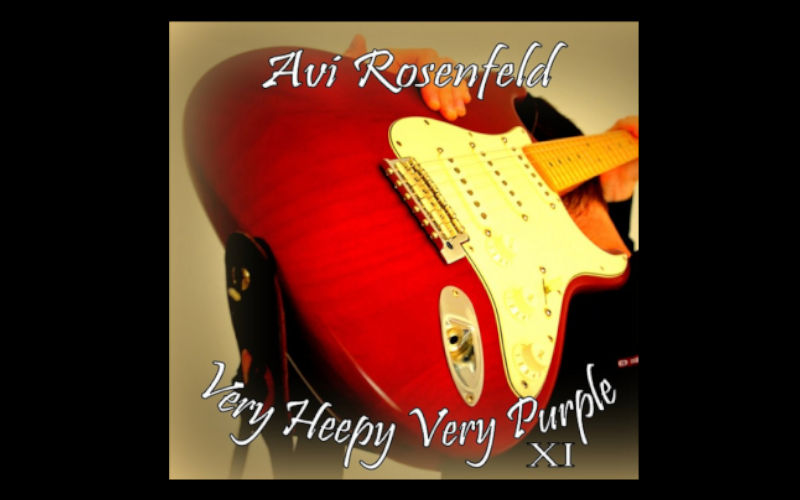 Avi Rosenfeld is a prog-rock/proto metal musician who has released a huge succession of full length albums and collaborated with as huge a succession of musicians since 2014. To check out his entire body of work (available on Bandcamp and his official website) you’d have to put at least a day aside. If you recognize the contributions Deep Purple, Uriah Heep, Rainbow and Ritchie Blackmore made to metal, you’ll find it worth the effort. Remember those bands formed at a crucial time crucial to the development of rock and metal, taking the first steps into territory more deeply explored by underground metal bands today.

The ninth installment of his “Very Heepy Very Purple” series, specifically paying homage to old Deep Purple, he realized a dream and had an opportunity to work with keyboardist David Stone who worked with Rainbow, Blackmore and Dio among others. While listening I looked for qualities that were less commercial, more mystical and avant-garde. I’m contented to say my experience with this album met the expectations I had. It offers equilibrium between standard blues rock and inventive progressive rock that recalls the aforementioned bands while being able to stand on their own as Rosenfeld’s own statements.

I personally found the production a little too thin, but this aspect is compensated for with capable musicianship and dexterous lead solos from Rosenfeld, Stone and the others who worked on this album, including vocalist Jaehoon Lee, guitarist Tymoteusz Milowanow, keyboardist Koray Onur Alarslan, bassist Neil o’Neil and drummer Miguel Angel Seiz who recorded the track “Battle Shock”. This along with “Secret Bloom Blinding”, “Help Me”, “Messenger of War” and “Lifeboat” have a way of carrying you to another world while demonstrating the influence of 70’s prog rock had on everyone from Iron Maiden to Mercyful Fate to Cradle of Filth. If you’re interested you can check the album out at the links below. –Dave Wolff