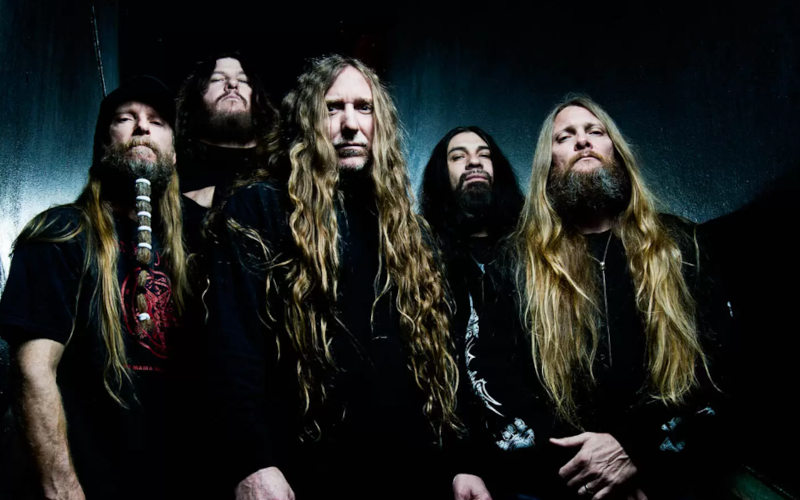 It’s amazing how a slab of music can take you back in time. Obituary Dying of Everything does just that. I first heard Obituary in high school when their first album “Slowly We Rot” came out. I found that release a little hard to take for the time but shortly after the band put out “Cause of Death”. Now that one really blew my mind! Now that I had my head around the concept of death metal it was easier to go back and listen to their first album. For me “Cause of Death” is one of my all time fave albums in the death metal genre, and metal in general. It’s probably nigh on impossible for the band to ever re-create the vibe and impact that album had but lets see how the band are doing some 30 years later.

The opening track is a fairly up beat thrashy affair reminding me of early releases by the band Death. Then the next track kicks in. It’s a groovier affair. Once those vocals kick in it feels like an old friend has returned after many years. There is absolutely no mistaking John Tardy’s voice. The tormented screams to a man tortured by something. A few more tracks into it it becomes clear this is a musically varied outing for the band. Obituary really do create some infectious music. its hard to listen without moshing around the living room to this. Their trade mark “Stomp groove” is ever present through out this release. Though the album is varied it never ceases to hod the listener with that addictive groove they’ve perfected over the years.

I have to admit after “The End Complete” I lost touch with what the band was doing. I own a few of their CDs since then but never really got into them the same way I did for “Cause of Death”. From what I recall of their mid – late career out put this CD is probably a mix of almost everything Obituary have ever done. There’s a lot of differing styles of riffage in this record.

For my mind and tastes Obituary Dying of Everything is a lot better than anything I’ve heard from them in a long time. I thought it would be hard to beat “Cause of Death” and I was right. But maybe they will never top that one this however is not a bad effort at all and I’d say I like it better than “The End Complete” or anything I’ve heard since then.

For more great reviews be sure to check out The Antisocial Network on a regular basis!