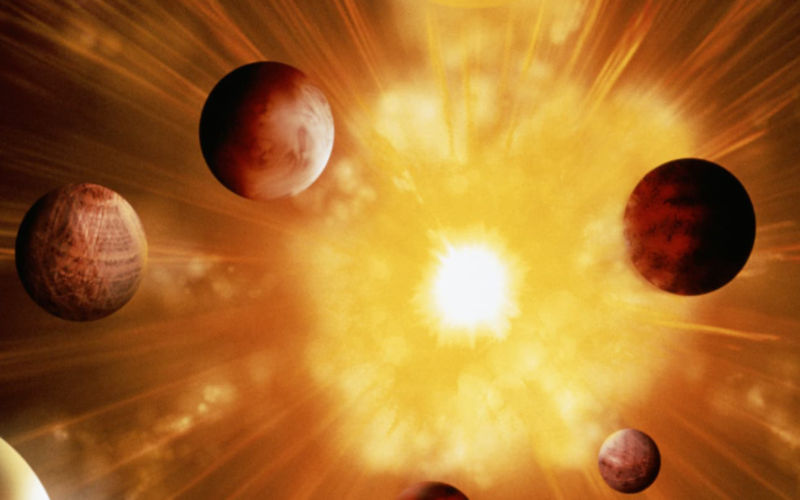 I don’t mean to put a downer on things but have you ever wondered what the end would be like? The end of your life? The end of the Earth we live on? The death of our sun, and the solar systems, the death of the entire universe. Well, here’s the video for you 😀 . This cheery number is a scientific extrapolation of what the end of the world, solar system and universe would look like. Obviously after a certain point this becomes more theory than anything else, but to me this all makes sense. I guess this would fall under the category of “string” or “particle theory” you might have heard about from the show “The Big Bang Theory”.

The video starts off in 2019 (when it was made) and charts the changing climates and the eventual extinction of mankind, and the end of all life on our planet. Good thing is this appears to be millions of years into the future, so as a species, we have time to change the way we treat our environment and potentially prolong our existence (Although I get the feeling nothing will save us from a large asteroid or whatever colliding with the Earth). Failing that, hopefully we can master intergalatic travel or transcend into some sort of spirit life form.

This video is interesting for a few reasons. I guess it’s the eternal question, what lies at the end of everything? If there is a God, could he survive this? Either way it makes our problems seem small for the time being and is a very interesting watch!

Anyway, give it a watch and see what you think. It only goes for around 20 mins so won’t take too much time but will open your eyes a little!

For more interesting articles be sure to keep checking back on The Antisocial Network on a regular basis!