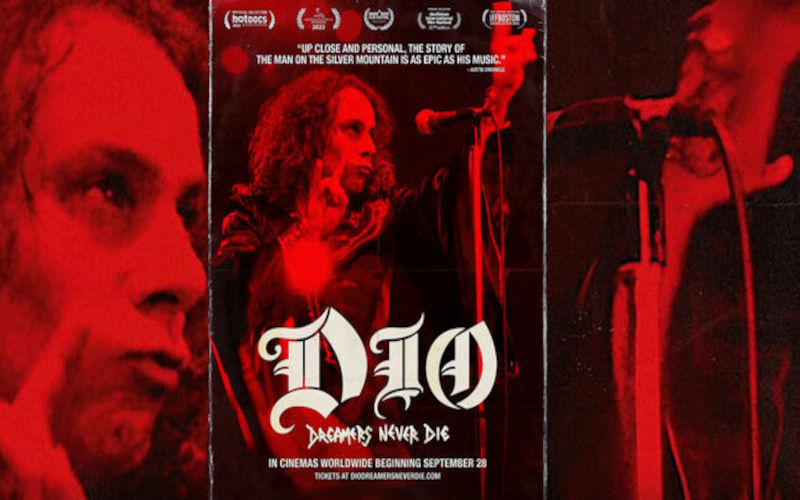 Dio Dreamers Never Die is a different sort of rock documentary. It’s not filled with excessive sex, drugs or any harrowing tales of abuse that the subject of the documentary sufferred as a child. Instead if features a relatively normal (for the time) child who grew up in suburban America of the 1940s / 1950s who showed some level of musical talent.

The documentary goes right back to Dio’s (Then known as Ronald Padavona) first band the Red Caps which produced Ronnies first recorded output dating back to 1958. To put this in perspective this is over 10 years before Black Sabbaths first record came out. Ronnie was the musical equivalent of a boy band back then. This doco chronicles his move into the “Dio and the Prophets” and then the first time I think he really grew on his own as an artist with ELF.

As far as a movie length feature goes this gives fair time to ELF, Rainbow, Sabbath and of course the DIO band. What makes this incredible is the time Ronnie put into making it as an artist which was almost 30 years of grinding it on the pro circuit through out the various bands he’d been in only to end up broke and by most peoples estimation past the age of realistically making it. Its an uplifting testament to the human spirit to see DIO rise once more form his own DIO band and take control of his musical and financial future and cement himself in peoples mind as the legend he always was anyway.

The usual metal referee reports are here this time from Rob Halford, ex band members, and oddly enough Dan Lilker (SOD, Nuclear Assault) and of course long time fan of Dio, actor Jack Black.I really enjoyed this one. It’s an uplifiting musical testimony to one of Rock and Rolls most enduring characters and definitely worth your time to watch even if you’re not particularly a fan of Dio. More so if you are!

For more great articles be sure to keep checking back on The Antisocial Network on a regular basis!