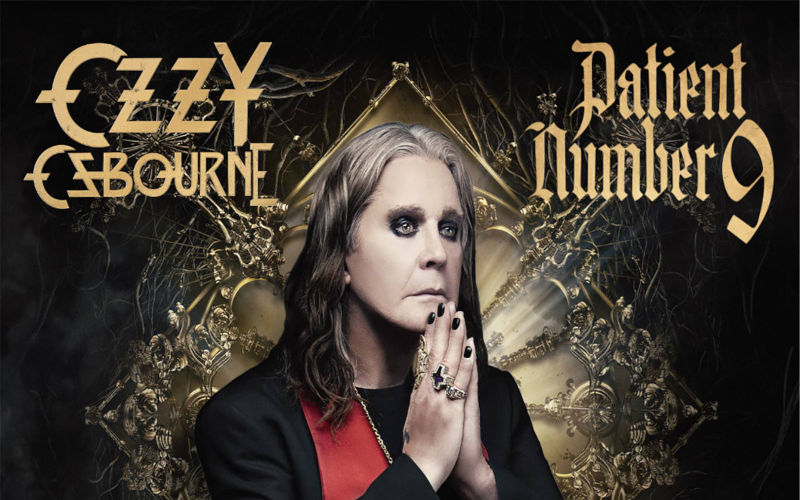 I have to be honest I was a little on the dubious side when I heard Ozzy Osbourne had put out another album. Honestly I’d lost interest in the media circus that the life of Mr. Osbourne had become. I was a big fan of 1980’s Ozzy, the elder statesman of Heavy Metal had done a lot for the world of heavy metal after Black Sabbath. Most notably popularising the “shred” form of the art, when his first album featuring ace axe-slinger Randy Rhodes was dropped on an unsuspecting world.

The next few albums from the Ozz-man were world beating with the some of the highest levels of heavy metal musicianship featured on each one. Somewhere in the mid 90’s I feel Ozzy lost his relevance. Maybe thats me, maybe it was heavy metal in general loosing it’s relevance. I’m not sure but honestly, not much of his stuff has grabbed me since then.

Fast forward 25 years later and Ozzy has released another album. I thought “well why not?” I’ll give it a listen. I’m glad I did. This album is the first of anything anytime lately that I feel has had the original dark feel that early Ozzy albums had. Not necessarily the dabbling in occultism, but some darker sounding and themed songs, bring this feeling back in a major way.

Ozzy went about assembling a stellar cast of musicians for “Ozzy Osbourne Patient number 9”, including long time guitar player Zakk Wylde contributing to a few tracks, his fellow Black Sabbath bandmate and co-inventor of Heavy Metal Tony Iommi making an appearance on a few as well. The latter definitely adding a tinge of darkness to proceedings. There’s also the addition of some rather legendary musicians like Eric Clapton (with an awesome track), Jeff Beck really add to the depth of this album.

The star power is hypnotising as the music itself. Ozzy’s vocals sound really good too, best I remember them sounding for a long time. I’m not sure if his vocal performance got a big or subtle lift from the recording technology of today, but I’m prepared to give him some slack either way. The vocals don’t sound anywhere near as processed as some of the later stuff I’ve heard coming out of him recently.

Lyrically, the the lyrics herald back to the times of “Diary of a Madman” and “No Rest for the Wicked”. I need more time to analyize this but this is another welcome return to the Ozzy I loved as as adolescent.

The hard work paid off for Ozzy as well. This is one stellar album. A major comeback. The kind of comeback I’d hoped for in the last Megadeth album I reviewed. Obviously I’m not the only one that likes this album as this album entered the mainstream American music charts at #1! A huge achievement and Ozzy’s highest debut ever…. 50 years into his career!

Ozzy Osbourne Patient number 9 is a welcome return to form. A return that I honestly never thought I’d see again! Well done Ozzy, I’d wish you the world of success with this album, except that it looks like you’ve already got it!

For more album reviews and articles of interest be sure to keep checking back on The Antisocial Network on a regular basis!