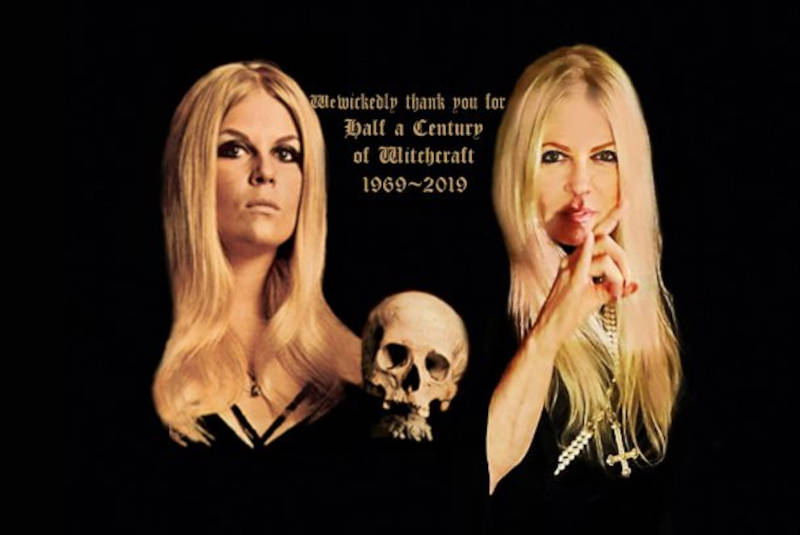 Many of you would not have heard of an American band called “Coven” . If you have, bless you. If you haven’t here’s a bit of enlightenment about why this band is so important.


Super cute singer, Jinx Dawson in my opinion is responsible for bringing the fabled “metal horns” into use in heavy music. Some would say it Ronnie Dio (or if you ask Gene Simmons he would say it was him) but before any of these you can see photos of Jinx sporting the “horns up”. Their influence doesn’t end there in my opinion. Coven had a song “Black Sabbath” one year before the band of the same released their first album, Coven even had a guitar player called “Oz Osbourne”. Coven (as far as im aware) were also the first to use overtly satanic / occult imagery. I imagine this would have landed them in a lot of hot water at the time and also guaranteed their place in musical obscurity.


They were also the first band to include a 25 minute (mock up) black mass on their break through album “witchcraft – destroys minds and reaps souls” which I can only imagine (not being alive at the time) would have angered the religious right.


Whether you subscribe to occult beliefs or practice or not, its important that bands like this exist. They not only provide some pretty rockin’ tunes but challenge the beliefs of the mainstream. Other wise we’d all be trapped in a world that consisted of one shade of beige.


Anyway here’s a cheers to Coven for not only paving the way for heavy metal for decades to come but for also providing some pretty righteous tunes. I’ve posted a live video of them from 2019 so you can check out for yourselves 🙂