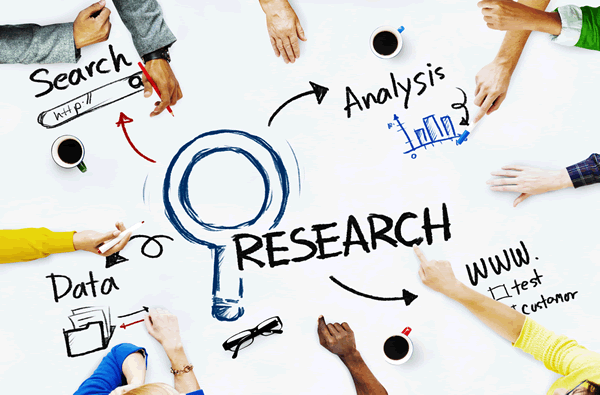 OK, we got our first ever submission! This article, You’re Wrong! by Haniel, hits a few things on the head. I have to say while this is a venomous lash out at half arsed social media researchers, I totally get where this guy is coming from. This period in time more than ever there is a lot of misinformation running around the internet.

Every day now, EVERY fucking DAY now, whenever someone, anyone, says anything to me about something they heard someone say or they said they read somewhere on the interweb, the first, and only thing, that comes to my mind is this:

So many of you believe everything you read if it placates and coddles your little illusions you created for yourselves, the belief systems that give you warmth and comfort that make you feel like you “matter”. “Hey, lookie what I found! Ain’t I special??”

No, you are not. Sorry to say, but reading an article or a post on facebook and then sharing it with a few people does not make you a “researcher”. It makes you a gullible lemming that eats up whatever spoonfull of shit someone shoves in your mouth. You don’t verify. You don’t cross reference. You don’t apply the simple western logic that we all grew up with.

No, if you read it on the ‘net or heard it from someone who said they heard someone else say something similar, then it must be true.

The vast majority of you primates haven’t a clue, because you are too fuckin busy with your “toxin of choice” to pay attention. To you, it is all about escaping from the most important and undeniable truth that you simply can’t handle:

That you are completely and totally powerless. Years upon years of flippant and trivial behavior and ignoring the opportunities to enrich your intellect and spirit have made you fodder for the forces that seek to destroy your very existence. This is your failure. And now, when confronted with the truth of your meaningless and feeble existence that you and only you were responsible for creating, you lash out with fury and cry bully.

The truth hurts, cupcake, and whatever you are experiencing now, you have no one to blame but yourselves. You never ONCE questioned anything they told you, until it was too late, and even then you are still suckling off the teat of the lies they are feeding you. You never ONCE did any real research beyond a few google keyword searches, if that much. You totally flunked history in school. You own maybe 5 books, and 4 of them are just pictures. You dedicated your life to living purely in the moment and for instant gratification that you just let them slip in and take literally everything from you while you weren’t looking.

And I’m the fuckin bad guy for pointing this out?

Say hello to the bad guy.

Your enemy is not me, even though the truth I bring to you is the recipient of your rage. You attack me, when deep inside you know how utterly complete your failure is, how your fear is being manipulated and controlled by those who are smarter and more capable than you. Your ignorance is their strength. This war will bring no peace but for the elimination of those deemed “unfit”. Your slavery to your own base impulses is their freedom. You are worse than a pawn; you are mere fertilizer for the new world they want to create from the ground up bones of you and those you hold dear.

This is your failure. You never did a damned thing to preserve any of it. You just put it out of your mind with your drugs and booze and TV and gadgets and MEMEs and GIFs. To you, this was a game. But it is a game you lost, and lost well over a year ago.

And you think you are equipped to fight any of this when the extent of your knowledge and understanding goes as far as the second page of a google search or a few scrolls down a facebook newsfeed? You are worthless and pathetic. And you know it.

I have equipped myself with the weapons of truth. I have stood upon my Ivory Bone Tower and screamed out to the world what I have seen in my blindness to the world. Few, if any, listened. You have received my warnings, and yet, you still march to either the cliff to the west or the cliff to the east, never questioning if there is, in fact, a cliff at all. Yet you keep going, not making any changes to your path or your direction. You go where they tell you to go, because you have been their slave for your whole life. That makes you, in reality, nothing but cattle being shipped off to the slaughter.

And your solution to all of this? “Stop telling us what we did wrong and stop telling us how to fix it! Leave us alone so we can wallow in our drink and smoke and get attention from our social media accounts!”

Rome is burning, and you play the fiddle. Your very lives are being taken over by forces of outstanding evil, an evil never before seen in human history, and you whine like a fiddle because you cannot handle the truth about how weak you made yourself.

YOU LET THEM DO THIS by making your ignorance of the truths and facts about human biology, history, and the way the universe works their strength. You simply never put the effort in, and instead made fun of those of us who did. You are the sorts of people who thought Copernicus or Galileo should have been burned at the stake or drawn and quartered for their discoveries. No, you would have been the ones to execute them yourself. That’s what you have become: rabid animals who want blood. This is also your failure. You never stopped to think about what you have become, and that someday Apophis, the mob itself, will swallow you up because you were merely a “useful idiot”.

Your failure runs so deep and so far that the scope of which cannot be expressed in any unit of measurement. But you are responsible, and yet, your fragile ego and luciferian arrogance won’t let you say one little thing to yourself, the thing that will set you free and give you the chance to fix this:

You can’t say that, because you’d rather see the world burn than ever admit that you were wrong about anything. No, your google source was correct. Your facebook post was correct. Everything YOU found in the past three weeks is correct. Anyone that states otherwise, about how we got here and how people like YOU are responsible is ruthlessly attacked.

And that is the end result of your failure. You, and the rest of us, are slaves.

That’s your fault, not mine. But both of us have to live with it. That is how much you failed at life. You think because you have a job and a family that you succeeded? That you went to school and got some diplomas? WELL GUEES WHAT, cupcake? They just took all of that away from you. All of it. And you let them, because they bought you off. What is your pleasure, sir? And you told them, and they gave it to you. Now, you are their slave, and you made me and everyone else their slave.

How is this fixed?

How do I fix this? You may be asking. Well, you can’t, not any time soon. Not in your lifetime. You fucked that part up because you were more interested in instant pleasures than you were in long term gratification of freedom and the path to your own destiny. No, you wanted to get stoned, drunk, fat, lazy, and stupid. That’s what you wanted and that’s what you got. Now, you are a stoned, drunk, fat, lazy, and stupid slave that they can 86 any time they want. You are an expendable piece on the chess board that they can discard at any time, because you made yourself as such. Fail, fail, fail, fail, FAIL.

But to fix this, you need to get rid of all of those things that you exchanged for your soul. All those things that you traded that weren’t worth spit. Get rid of them all. All of the anchors of ignorance, the comforting bliss that comes with not using your brain for anything except taxes and bills. Get rid of it all. You’ll never get your soul back, that’s for sure. But you can at least make sure that those who come after you never give theirs up the way you did, you spineless, worthless pile of decomposing human filth. You have an obligation to prevent this from happening again.

If you want to redeem yourself, then you start educating yourself and expanding beyond the pale world of the social media cabal and start looking at the forbidden fruit that they refuse to let you see. What don’t they want you to know? THAT is what you need to know. And you need to dig and dig and dig down that proverbial rabbit hole, through all the muck and mire and shit and foul stench of lies that you uncover, and you need to relay it to the rest of the world. And your thanks for doing this? They will hang you from your feet and gut you like a fish. They will throw cow dung at you. They will spit and piss on you. They will treat you like you are not even a living thing. They l treat you as you have treated others who have presented the same revelations to you that crumbled and shattered your paper-thin glass illusions about the world. They will destroy you, just as you have done to others. You will question your reasons for your explorations. You will question your very purpose of your life. And you would rather end your life instead of bearing one more minute of the abuse and vitriol you got for simply wanting to save people from their own ignorance, to make the world a place where the light of truth was the focalpoint, and the lies would just END. No, you couldn’t bear another minute of that, but you become obsessed with the truth, obsessed with finding out just how far they went to destroy us all, and obsessed with the solution. And on that day where you look at yourself in the mirror, and see exactly who you are and what you have become, and say to yourself “I don’t even recognize you. But I know you…” then you will finally understand me and why I climbed up to the top of my ivory prison and shouted out to the world everything I found out about when I went to the depths of hell. You will know me, because that that point, we are the same, and you know I am right. And that is why you hate me, and others like me. Because you know and have always known that we were right.