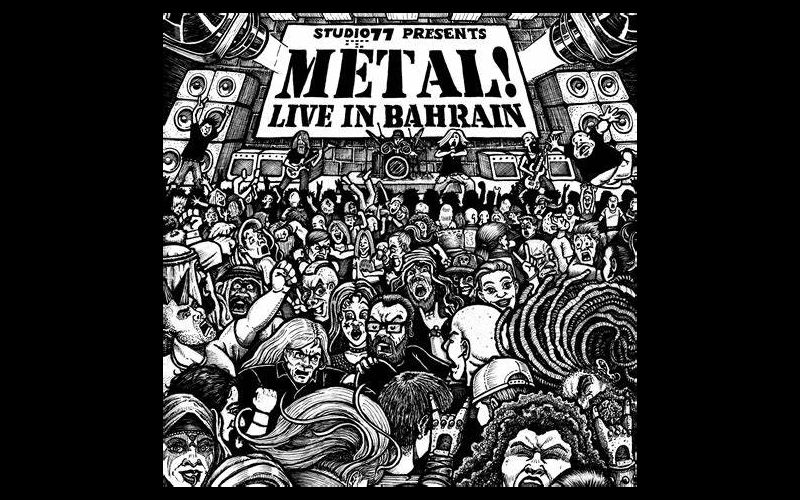 Bahrain, located in the Persian Gulf, would have been a perfect addition in Sam Dunn’s “Global Metal” if its metal underground was a little more prominent when it was made. In Islamic countries, bands and fans are pretty brave for becoming metalheads, as the genre is summarily frowned upon. Read “Metal And Religion In The Islamic World” at http://heavymetalandreligion.weebly.com and you’ll get some more information about the religious atmosphere surrounding it.

This article states that although Islamic authorities reject metal, musicians who form bands do not as readily reject Islam. Orphaned Land from Israel is cited as an example as they’re immensely popular for an underground band, and they credit it to their Muslim and Arab fans from neighboring countries like Palestine. For further clarification, a 2014 article at https://www.independent.co.uk described the efforts they’ve made to bring people from these countries together.

Nationality notwithstanding, a band has to be good and hook listeners before healing wounds between countries and encourage others in their own home to follow their musical passion under religious scrutiny. The bands appearing on “Metal! Live In Bahrain Vol. 2”, Hellionight (thrash/speed), Ryth (blackened death metal), Lunacyst (brutal death metal) and Necrosin (early death metal), are given short blurbs including their influences and activities (besides being showcased by live videos). In their live performances captured from 2019 and 2020, all the bands display obvious enthusiasm and professionalism and their audiences display equal amounts of appreciation.

“Metal! Live In Bahrain Vol. 2” was released May of 2021, the follow up to volume 1 which came out December of 2019, and can be streamed for free at metalinbahrain.com (see link below). While listening I found myself gravitating to Hellionight. Their affinity for Venom, Sodom, Slayer and Motorhead brought me back to their efforts to make the birth of thrash an exciting time. –Dave Wolff