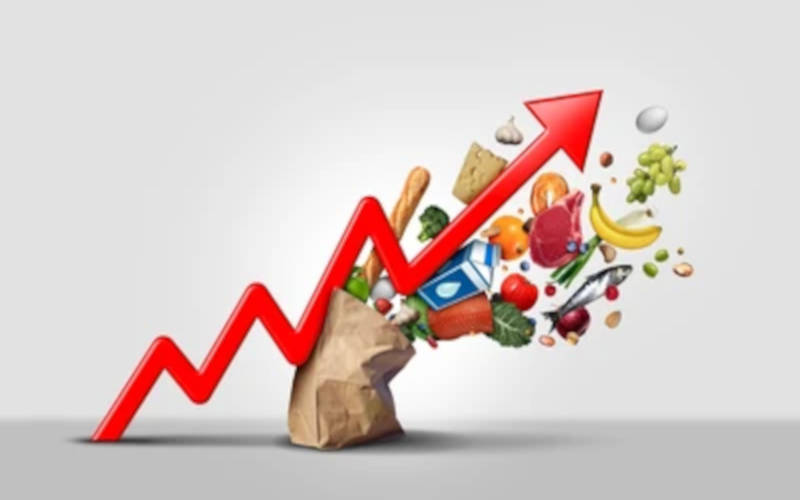 No doubt you’ve probably heard everyone banging on about inflation on the news, web, radio and TV of late. Basically inflation is the reduction of purchasing power the consumer has when the cumulative price of goods and services going up.

WHAT IS INFLATION: A BASIC EXAMPLE

For example: A glass of beer might cost you $10 at a pub. You set aside $200 for the month to buy beer at this pub. The price rises to $10.50 you then have a 5% increase in price and the the $200 you set aside for a months drinking at this pub now only buys you 19 beers when it previously bought you 20. that would be a 5% inflation on that particular good or service.

Theres more to consider than that. The price of beer doesn’t reflect the entire economy. (it does reflect highly in my economy though) So what you’d do is take into account a number of goods and services that many people buy and you get an over all picture of what inflation is. Ie: some goods may have gone up 20% some may have dropped, others stayed reasonably static so you try to average this out as best as you can and you get an overall indicator of inflation.

In Australia the price of food, petrol, and houses have all gone up. This will cause some level of inflation (it ended up coming in at around 5% thats pretty high for the year). With the economic uncertainty of the last couple of years, many haven’t had a pay rise. Let’s say you earn $1000 per week, with 5% inflation you can now only buy 95% of the goods or services you could buy a year ago. Not a good situation to be in, especially if you don’t get any pay rise that year. You might be alright for a year or two but let’s say after three years of this and no pay rises you’d be 15% behind. Not many people could take that without some level of hardship.

So where have the prices increased? Basically everywhere. For those that don’t own their houses or have a mortgage the price of houses has increased at least 20%. Supply chain issues out of Asia after the Covid have pushed car prices up (if you can even get one) also in turn forcing used car prices up because those who would normally buy a new one are choosing 2nd hand cars because they simply can’t get a new one when they need it. If you’re in a position where you have to buy a house or car the inflation may have a lot more than 5% effect on you.

Inflation has other effects too. It will basically push the reserve banks, fed reserves of the world to start raising interest rates in the hopes of pushing inflation and spending down. But thats another story. This will have a double effect as anyone that still owes on their house loans will now be paying more for it with each interest rate rise. Its hoped that when interest rates go up people will curb borrowing as well. In theory there won’t be as much easy money floating around the place to keep push prices up.

On the converse if you don’t have a house, you might find the increasing interest rates might push the house prices down (In previous times these conditions have usually led to a housing crash) so you might find you can enter the market at a much better price.

WHO DOES INFLATION HURT THE MOST?

Basically anyone that spends a lot of money on food, products for services that doesn’t get a pay rise to match this. If interest rates increase substantially many of those people will have difficulty paying their mortgage. If your living off a fixed income (Say a pension) and the cost of everything goes up you simply can’t make that up unless you get an interest rate rise to match it. if you don’t get one you go back wards

WHO BENEFITS OUT OF INFLATION?

Basically those with scalable incomes or those with multiple properties. Say you have 5 properties worth a total of $1.5 million. With a 5% rise in property prices you could be $75000 better off just because of inflation (in reality with the 10% increase you’ be $150k better off) . Essentially if your income producing assets outweigh your financial liabilities you’d probably be doing well.

In all honesty this is a complex situation and some people will get hit hard, as with any economic upheaval. Others will prosper. It could cause a recession, stock market crash, any number of things. All you can do is watch it unfold and hopefully you haven’t left yourself too financially exposed. The more financially adventurous amongst us might even profit out of this, lets face it most times of high inflation are followed by interest rate rises, then a stock market and property drop (crash) which if you’re game is the best time to jump in!

If you liked this article or found it interesting keep checking back on The Antisocial Network for more great articles!