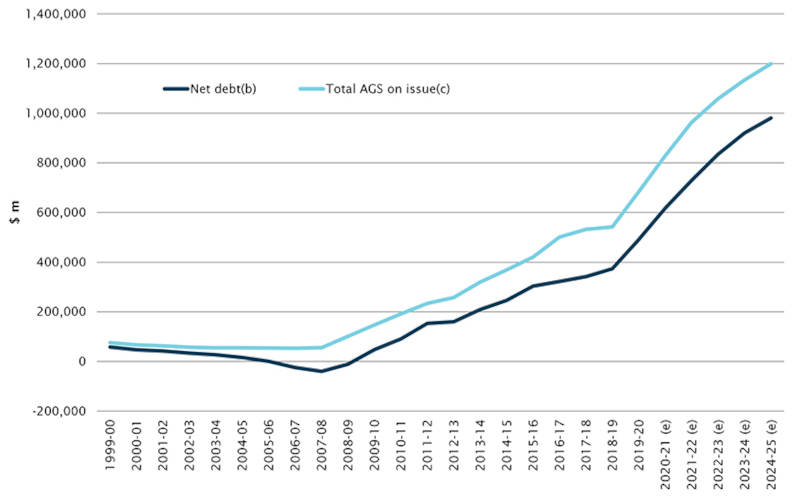 This is something I was talking to a friend about. How much does this country owe and how in the hell are we ever going to pay it off?

When I talk about debt I’m talking about national debt. Australia’s national debt to be more precise. Owing money isn’t necessarily a bad thing. If it’s used to fund income generating assets, I’m happy with it. If its dead money that can’t ever be regained, I’m not so happy. We do need to think about how much of this debt we as a country get into. Is it worth getting into this much debt?

WHERE DID IT ALL START?

My understanding is that when Prime Minister Howard left office this country had a $40 billion surplus which was tucked away in a “future fund” to be used for a rainy day. Enter the Rudd / Gillard / Rudd era and we went from $40 billion saved to $250 billion in the red. I’m not saying all this was useless debt but its still a bill we have to either pay off or pay the interest on at least. Some of it went to great projects and ideas and much of it didn’t.

We then had Tony Abbott for PM and the debt continued to blow out to somewhere in the order of $500 billion. Then pre covid I believe we found ourselves $600 billion behind, and now 2 years into covid we are now $960 billion (almost a Trillion) in debt. (bear in mind there were a lot of handouts that went with that). I’ve used budget figures for this calculation which you can have a closer look at HERE if you so wish.

The clincher about these national figures is that it doesn’t cover state money owed. This could be equal to the national debt. Effectively doubling the amount we as a nation owe.

We have a great system in Australia, where by if you’re down on your luck or without work you can get government assistance. However it would appear we only have 11 or so million people in this country paying more tax into the system than they are taking out of it. These are called “Net Tax Payers”. Logic would dictate that its these people who are really going to be paying off this debt.

When you apply a rate of 5% interest to this debt and divide by 11 million it works out to around $4000 a year for each on of those net tax payers to pay off the interest alone. NOT paying off any capital off the debt. It could even be double that if you count the state debts. Thats $80 a week coming out of those peoples pay checks just to pay the interest off this debt. How much better would your life be if you had an extra $80 a week in your pocket? Did you get rescued by any of the free money floating around? Its a complex issue and one side, or the other side will never be 100% right.

When I say that every “Net tax payer” is paying off either $80 or $160 a week (if you include the state debts) it isn’t factually true. It’s just to illustrate the amount of money this country actually owes. I’d assume there’d be corporate taxes (like the mineral mining taxes) that could be used to pay some of this stuff off. Averaging it out over the entire population it works out closer to $50 per person./p>

WHEN DEBTS COME DUE

Will we ever pay off this debt? We need to ask ourselves, how this will happen? Could it be hyper inflation and wage growth to make the debt “seem” more manageable? Will the country sell off land, ports and other national assets to reduce this debt? Will it be our grandchildren that pay this off? or their grandchildren? or do we just keep paying the interest and not achieving anything? Do we go even further into debt? The debt as we speak is also not as bad as it could have been. We’ve been blessed with mining and natural resources to sell which have softened the impact. Even this this its expected that we could be $1.2 trillion in debt within the next 3 or so years.

I might be an old grump, or a worry wort but this does worry me. It doesn’t seem to worry many other people though, as Australia seems to be in much less debt per percentage of Gross Domestic Production (GDP) than many other economies. As you can see from the below graphic. 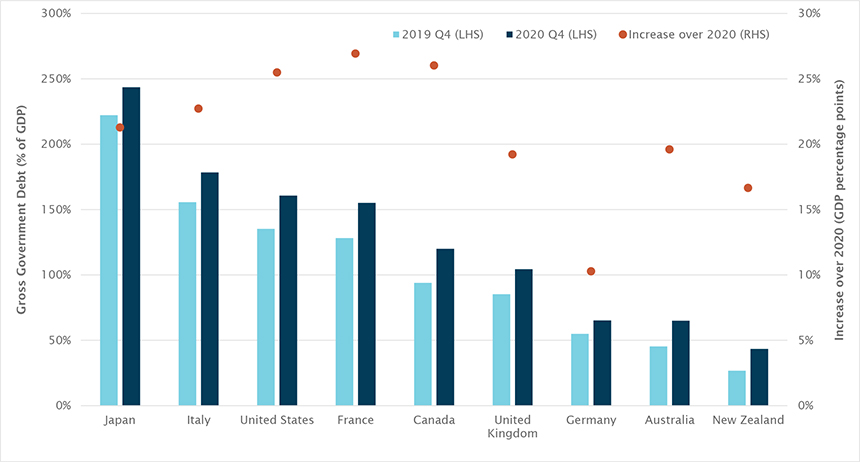 For more great articles be sure to keep checking back on https://theantisocial.network on a regular basis!