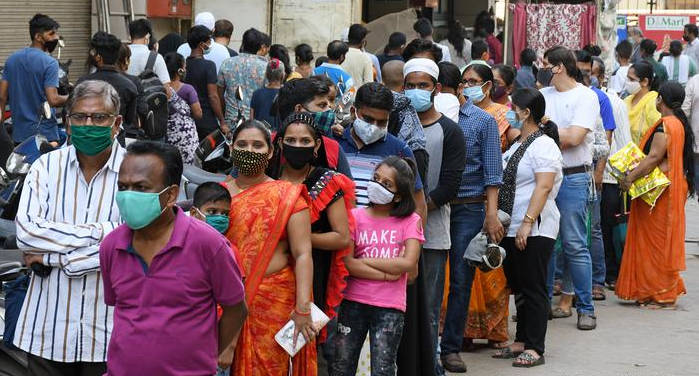 Here’s something that’s been on my mind. How did Covid in India affect the population there? I feel for the Indian community has I have family origins there. I live in Australia and we’re currently in the grip of another wave of Covid induced panic. Some believe there’s no virus, whilst others are panicking like scared schoolgirls. For the purpose of this article I’m not going to worry about whether the virus exists or not, I’m going to assume it does (I should say I have serious doubts about that too but I’ll get a qualified professional to talk about that later).

How virulent is this virus? I have no idea. If a virus is going to spread anywhere it will be India. The standards of healthcare are low, the cities are crowded and the hygiene in the country leaves a bit to be desired. Lets face it, its not uncommon for 5-6 people to be living in a 2 bedroom flat. I would say China, much of south America (Brazil in particular) and India would have been the least equipped (no disrespect to any of those countries) to deal with an outbreak of any sort. Id go so far as to say they’d be virtually perfect incubators for a pandemic.

THE AFTERMATH OF THE COVID IN INDIA

So how did India go in the wake of Covid 19? India has close to 1.4 billion people and an average life expectancy of almost 70 years. Divide 1.4b by 70 you get 20 million. I would think it’s a fair assumption that somewhere around 20 million Indians would die in an average year. Over the course of the covid drama India has reported close to 400k in a bit over a year. Lets call it 400k for ease of mental arithmetic. 400,000 deaths is a huge number but you have to bear in mind its only 2.5% of the yearly deaths in a country like that or a bit over 0.037% of the total population (these stats are easily googled).

I can also fully accept that a country like India will not have 100% reporting either. I’d be willing to accept that the figures might even be a little higher.

Either way in a country as ripe for being destroyed by something like the corona virus, there is still no huge increase in the country’s death toll. Is this really the apocalyptic pandemic that everyone says it is? Or have we been Conned?

We hope you liked this article. Feel free to keep checking back on The Antisocial Network on a regular basis for more great articles like this one!