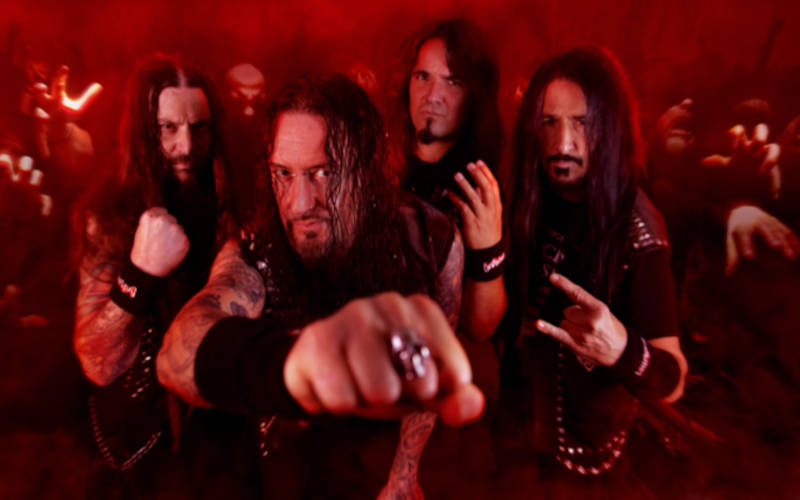 Hard to believe this song remains fresh and vital four decades after it was first recorded. But its live treatment in this promotional video demonstrates how much it continues to generate a favorable response when performed before an audience.

Before I go on, I should mention branching out for its own sake is bullshit. There’s a lot of preaching about open mindedness and versatility as pretentious as the so-called elitism of copying your favorate bands. Why not just draw inspiration from what you like and progress organically? After all, thrash has always prided itself on its honesty, even if it was considered noise.

While there’s nothing wrong with expanding your musical horizons, Destruction released an album in 1998 that’s a clear example of how NOT to do it. From what I’ve read, “The Least Successful Human Cannonball” is their “Cold Lake”, too ambitious for its own good and thus an embarrassment to their career. Fortunately they rectified this when they returned to form in the 2000s.

That being said, “Death Trap (Live)” previews Destruction’s latest album “Live Attack” released this month (it’s their third preview following “Mad Butcher” and “Reject Emotions”). Originally recorded as a live stream without an audience due to the pandemic, it’s available for the first time for those of us who missed it. With tighter, more inventive musicianship, it shows how unique Destruction were as songwriters, and how far they pushed to legitimize thrash as a viable genre.

Just by watching this video, you can tell Marcel “Schmier” Schirmer, Mike Sifringer, Damir Eskić and Randy Black are the tightest lineup Destruction has boasted since “Release From Agony”. You wouldn’t guess they’re in their forties and fifties taking in the enthusiasm and raw energy channeled into the song. It almost makes you wonder how they’re able to keep going into middle age since their delivery is replete with the hunger of young band fresh out of high school.

The rawness of their later years doesn’t diminish the intricate guitar progressions and classical vibes of this song. If anything said rawness gives it the additional push it needs to keep up with the Marduks and Deicides of underground/extreme metal. This balance is carried out flawlessly without so much as skipping a note. Destruction were ahead of their time in the classic thrash era. While it may have taken a while for German thrash to escape the shadow of the States’ Big Four, we see why Destruction have established themselves as an innovative band alongside Kreator and Sodom. Recorded at Club Z7 in Prattein, Switzerland January 1, “Live Attack” is being released on digital, CD?Blu-ray, vinyl and gatefold vinyl formats. Additional information can be read at the official Destruction and Napalm Records websites. –Dave Wolff

If you liked this article please keep checking back on The Antisocial Network on a regular basis!