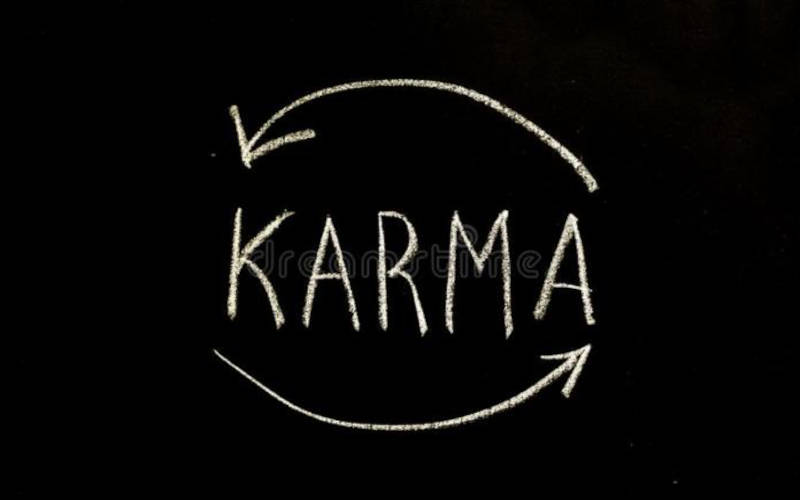 Do you believe in the principle of Karma – Cause and Effect? I don’t think there’s any supreme being out there dealing out punishment for those who don’t play nice. I do however believe in a principle called “Cause and Effect”. Is it a real principle? I believe so. It’s closely linked in with the concept of Karma anyway. Beyond that I can only really tell you based on the experiences I have had.

Lets say you’re a good person. You do good things to those around you. Your deeds will (not always but sometimes at least) attract good deeds from others affected by your actions or maybe even those who see what you’re doing and decide to throw a favour your way. If you’re acting like an asshole you will become the target of negative behaviour (most likely from those you have wronged).

Like I said before, “Cause and Effect” has its origins rooted in Karma as well. The two are closely linked. But here’s a real world example from my life:

I design websites for a bit of sideline income. Through Facebook I met a metalhead, who studied and became a practicing doctor. I designed him a website. I did the best I could and gave him a great price. He saw the value in what I had done and offered me all his other web based endeavours to take care of. I did the right thing by him and he recognised that and has offered me more work and what could be a reasonable sideline income moving forward.

As far as cause and effect goes I also don’t have a problem giving the “Wheels of Karma” a bit of a push if you know what I mean. Here’s my thinking on the subject.

Giving the wheels of Karma a push

So what do you do about this? I’m a big fan of REVENGE. As the much esteemed singer of Suicidal tendencies once said “Two wrongs don’t make a right… but they make me feel a hell of a lot better” Why sit around and be a victim? It sucks. If you’re in a relationship, and someone is treating you bad… get revenge. You won’t feel like a victim and they might even get the message that they can’t mess with people without consequences. I’ve found many people don’t even know what they are doing is wrong. When you do it back to them it’s like holding a mirror up to their face, in many cases you are actually teaching them a lesson.

Others wont change their ways but they’ll know you’re not the one to mess with. Either way you come out a lot better and you’re not sitting around feeling like a looser. I guess at this point. you also need to not be too fussed if the relationship between you and the offending party disintegrates. Some people will take the hint others will take a walk. Either way its a solution to a problem. The only caveat I have to say is if someone is more powerful than you, you may want to re-consider this course of action. It’s an unfortunate part of life that some people are just too powerful to fuck with and you need to have the wisdom to know when this is the case. These people could be higher up on the employment / money chain than you, or simply too nasty to mess with.

Those in the know might have realised by now I don’t subscribe to a Christian thought process whereby we forgive those who wrong us. I find that turning the other cheek does not solve the problem, infact from my experience I’d say it makes it worse and allows the behaviour to perpetuate.

Keep checking back on the https://theantisocial.network for more great articles all the time!